I expected that the second wek would be easier, but it turned out to be just the opposite! Winter flu and deadlines; leaving in the dark, in the rain, and home in the dark and rain. Late winter, gahhh.
But there are some interesting drawings anyway!
August 8
A quick duty sketch while going home, unwell. Southern Cross Station, a place I have often wanted to draw. Inked a day later. 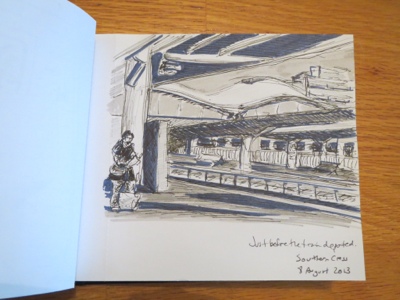 August 9
I posted the serious one on the challenge site, but let's face it, I prefer the silly one myself. Pen, marker pen, pencil. 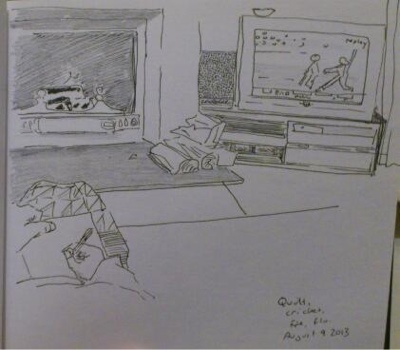 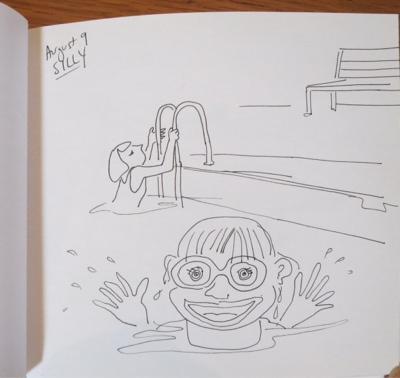 August 10
Still unwell but up to drawing the clutter on the table at night. Pen, marker pen. 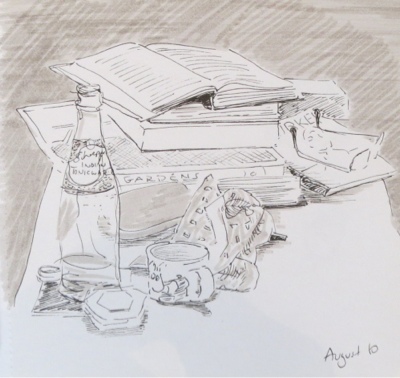 August 11
Drawing Button Hill for the first time. Very windy and cold, the horses did not want to talk to me. Large vista, double page. Pen, pencil, marker pen.

August 12
A beautiful big bowl of lemons, given to my husband by a colleague. Lemon cake! Lemon curd! Their colour is so vibrant it warrants breaking out the watercolours. First time in a year! Pencil, pen, watercolours. 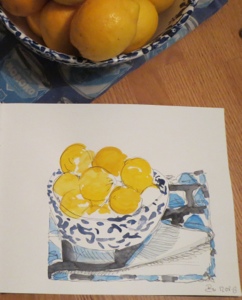 August 13
I drew this on the 12th but painted it on the 13th. Happy with the dark bowl, but feeling very rusty with paints in general. 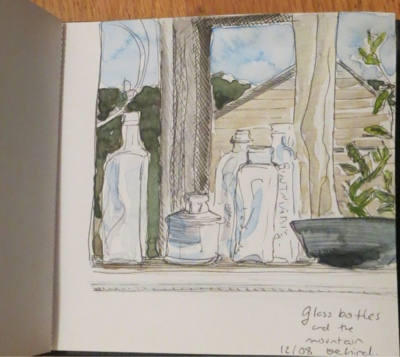 August 14, 15
Lots of mental images of early spring on the farm. Drew it one day, inked it the next. 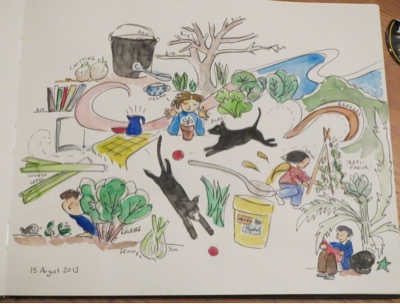 Looking back from the end of the month it seems like it's not a bad effort even though this was probably the lowest week of winter.
Up next, spring...
Posted by Taccolina at 9:56 PM

Taccolina
Melbourne, Australia
I'm an editor who has been drawing all my life. I quilt and sew, and I love many crafts -- but painting and drawing are taking top place. 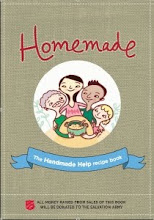